Earlier outlawz were known as outlawz Immortalz and Dramacydal. Tupac founded this group in late 1995 . Unfortunately, Tupac died in 1996 but the group goes on with other members . Recently, One other member of the group , Hussein died in a car accident . 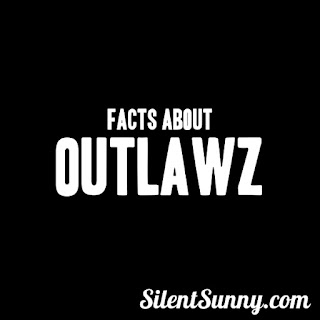 Here are Some of the Facts About Outlawz-
1. The Outlawz Hip Hop group was founded by Tupac in 1995 .

2. Outlawz  was formerly known as Outlaw Immortalz and Dramacydal .
3. There were 10 Members of the Outlawz.
4. All the members changed their names as an artists .
5. Original outlawz members are -
Some other members of outlawz group ,
6. At Present , there are only two members - E.D.I and Young Noble who performs as               Outlawz.
7. The first album of outlawz was Thugs Life Volume 1 , which consisted of 10 songs.
8. Tupac made 2 albums - Me against the world  and All Eyez on me .
9. Outlawz released number of albums after Tupac Death.
10. Hussein Fatal died in an accident in 2015 .