Silent Sunny July 13, 2015
We have a sad news that Rapper Hussein Fatal has passed away in the car accident . Rapper Hussein is one of the member of famous Hip Hop Group OUTLAWZ . 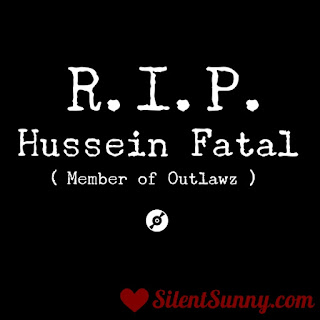 Fatal died on July 11 at the age of 38 .
The news was confirmed at the group's official facebook fan page . They posted the picture of Hussein with TuPac (Outlawz Group Founder ) - Both were laughing in the picture. They shared their grieving with the picture and some words.

“God called another soldier home! Rest in Paradise our brother Hussein Fatal he passed away in a car accident! Pray for his family and kids at this time!”

Before Hussein's death , the two members also died young . One of then is the founder Tupac , who died at the young age of 25 and the other one is Yaki Kadafi at the age of 19. Both were died in the year 1996 .