The importance of Vitamin D

Silent Sunny January 30, 2018
Vitamin D, also known as antirachitic vitamin, has the fundamental function of regulating the passage of calcium to the bones , so that if, due to deficiency of this nutrient, the process is not carried out in an optimal way, we can finish in a weakening and curving the bony system that will lead to malformations such as rickets . 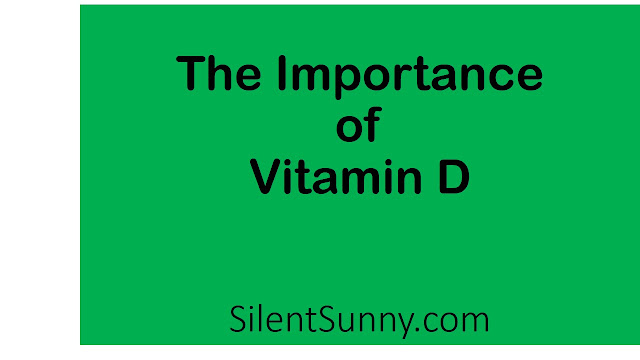 In addition to regulating calcium levels, vitamin D controls phosphorus levels and plays a key role in multiple functions such as intestinal absorption from food, renal calcium reabsorption, bone mineralization (essential for proper development bone) or the inhibition of secretions of parathyroid hormone (PTH).
Even studies have shown the direct relationship between sunlight and vitamin D consumption for the prevention of autoimmune diseases ( study ), cancers ( study) and cardiovascular diseases.

Vitamin D is a provitamin soluble in fats that we can obtain it from the feeding, ingesting foods rich in this nutrient, or by means of the transformation of cholesterol or ergosterol by exposure to the solar rays UV .
The recommended daily amounts in adults of vitamin D would be the following:
At values ​​above 150 ng / ml, the contribution would be considered toxic  , while a deficiency of 9-19 ng / ml would be clearly insufficient and a trigger for bone diseases.

What can a vitamin D deficiency lead to?

In addition to rickets , a disease that usually manifests itself in children through poor growth, delayed growth of teeth or bone deformities, deficiency in the levels of this vitamin can also lead to alterations in muscle functions , higher prevalence of diabetes or other bone diseases of adults.
The osteoporosis , which is characterized by bone fragility may be increased by a deficiency of vitamin D in older people. In the same way, other ailments can appear, such as osteomalcia , weakening of the bones of adults and similar to rickets, or hypocalcemia , which leads to low blood calcium levels.

How to know about vitamin D deficiency ?

We advise you to take enough sunlight and vitamin D rich foods in your diet.