I want to Do Autistic and Schizophrenic Roles - Prakriti Nautiyal

Prakriti Nautiyal is an aspiring actress who is ready to shine on the silver screen with her "Running Shaadi.com" and "Thodi si Zindagi" . She has been doing ramp shows and music videos . But now she wants to do different kinds of roles in movies. We had a talk with her and she revealed some of her  life . 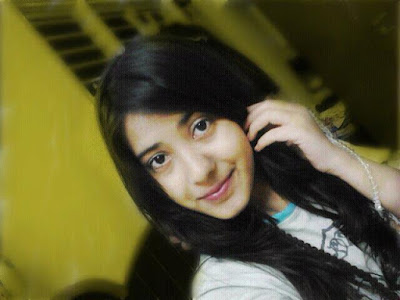 # Tell about yourself and your family ?

I started Acting when I was 15 years old. My mom pushed me into it because I was good at it.
My mom's name is Anita and she gave birth to 2 devil twins! hahaha!
Actually I really dont know what to say because if I really tell you about me and my family, you would be amazed. We are just three and its a cute little family.
My mom is a principal though she's not that strict when it comes to us (LOL).
My sister pragya is doing fashion designing and was an intern under Shantanu & Nikhil. So we three are in different field. My sister and my Mom has always supported me and they know me best. I have interest in many different fields like singing, swimming and dancing.
I am type of a person who is very happy-go-lucky and friendly.
I am totally a party animal. As soon as I am done with my shoot you will see me partying at a nearby club.

# How was you in your childhood ?

It went all good till sometime. I and my sister were known by "nautiyal sisters". I really did not like going to school. First reason was I seriously hated waking up early and the second was that I and my sister both were bullied.
We both were quite short. So our school mates called us "chhotu", "chhota don", "dwarf" etc. We did not like it at all!
I was a tough girl!I could not take it so I would answer them back or even hit them. I was short tempered from the starting and I have been very mischievous. I could say that I am still the same what I was in childhood. I am still that immature, crazy, adventurous!

# What inspired you to become a model and actress ?

I used to imitate actors in front of the mirror. I did not realize that my mom would take it seriously. I used to do it perfectly. When I was in 10th my mom pushed me to go for acting and see I did it!

I don't have a very big role in Running shaadi.com but yes its my 1st bollywood movie. Its movie from  Shoojit Sircar sir and Directed by Debut Director Amit Roy sir. Amit Sadh and Taapsee Pannu are playing lead role. It's a very different movie. I wont be able to tell you much about it.
Thodi si Zindagi is directed by Debut Director  Niraj Sharma. You will be seeing me as 2nd lead character. Debut Actress Archita Sharma is playing the lead. The full cast is fresh and the story is quite entertaining of school girls.

# You have been working in punjabi and Hindi Movies..What is difference between both of them ?

I think punjabi movies are now as good as Hindi movies. Both the cinemas are big.
Punjabi cinemas are now with bigger budgets and even actors of hindi cinema are seen there.

# You have done some TV Shows also . How was the experience ?

Yes I have done the reality show "welcome 2" which is aired on Life Ok channel. It was a nice experience cooking for 8 strangers! It was the first time I cooked for so many people. But it was really nice meeting them and we all are still in touch.

# What kind of roles you want to do ?

# Who is your favorite actor with whom you want to share silver screen ?

I really want to do a very different concept of film with Aamir Khan sir.

# What is your favorite past time ?

Watching movies and I like to learn something new everytime.

# What is the one thing you cannot live without ( excluding mobile)  ?

The one thing I cannot live without is-Love!

I do not like whenever someone hates the animal .Why should one have hatred for animals!

Its a school where our soul revise everything we already know since births..

# What are Your upcoming plans ?

I want to do outstanding movies!

# Any Message to your fans ?

Thanks for their support. I really love appreciation. The more I get the more I do better.

# Thanks for your valuable time?

Its all my pleasure..Thanks to you.